Fascinated with lines, Ayobola Kekere-Ekun (b.1993) transforms paper – often seen as a a common, neutral, unassuming material – into wholly fresh formations with a technique called quilling.

Each strip of paper is individually shaped, placed and secured to capture pockets of light and shadow. Gradually, Ayobola’s lines create personalities and stories. Methodical and labour-intensive, a single piece can take her three to seven weeks to complete.

Constantly experimenting with materials, Ayobola sees the intricacy of her work as a visual metaphor for the complexity of her chosen subject matter. “I find it intriguing how lines, a basic component of complex forms, can be so ambiguously loaded with meaning. A line can connect and separate, enclose and exclude, direct and mis-direct, all at the same time.”

Watch this video to meet Ayobola in studio.

In her alluring ‘High Stakes’ series, the artist finds an analogy for Nigeria’s electoral processes, and by extension, the reality of its leadership in a “never-ending card game”. In a country with over 190 million citizens, pandering, corruption, rigging, and violence have been the highlight of Nigeria’s democracy every four years for over two decades. Commenting on how skewed and performative the “democratic” process has become, Kekere-Ekun’s glamorous card characters represent a handful of individuals who transform every election cycle into “an extended sequence of high stakes poker games straight out of a Hollywood blockbuster”. Her series seeks to highlight how this state of affairs continues to mutate, dooming its citizens to an unending card game, where the players might change, but the game stays the same and the stakes only get higher.

Ayobola’s work has been exhibited in multiple group shows in Lagos, Johannesburg, London and beyond. Her first solo exhibition took place at Rele Gallery, Lagos in 2019. The exhibition was supported by a grant awarded by the Dean Collection, a contemporary art collection created by Alicia Keys and Swizz Beatz (Kasseem Dean). Her first Johannesburg solo took place at Guns & Rain in 2020.

She holds a BA (Hons) in Visual Arts and an MA (Hons) in Graphic Design from University of Lagos. She is currently pursuing a PhD in Art and Design at the University of Johannesburg, examining advertising campaigns, place-branding and visual codes deployed by the Lagos state government. 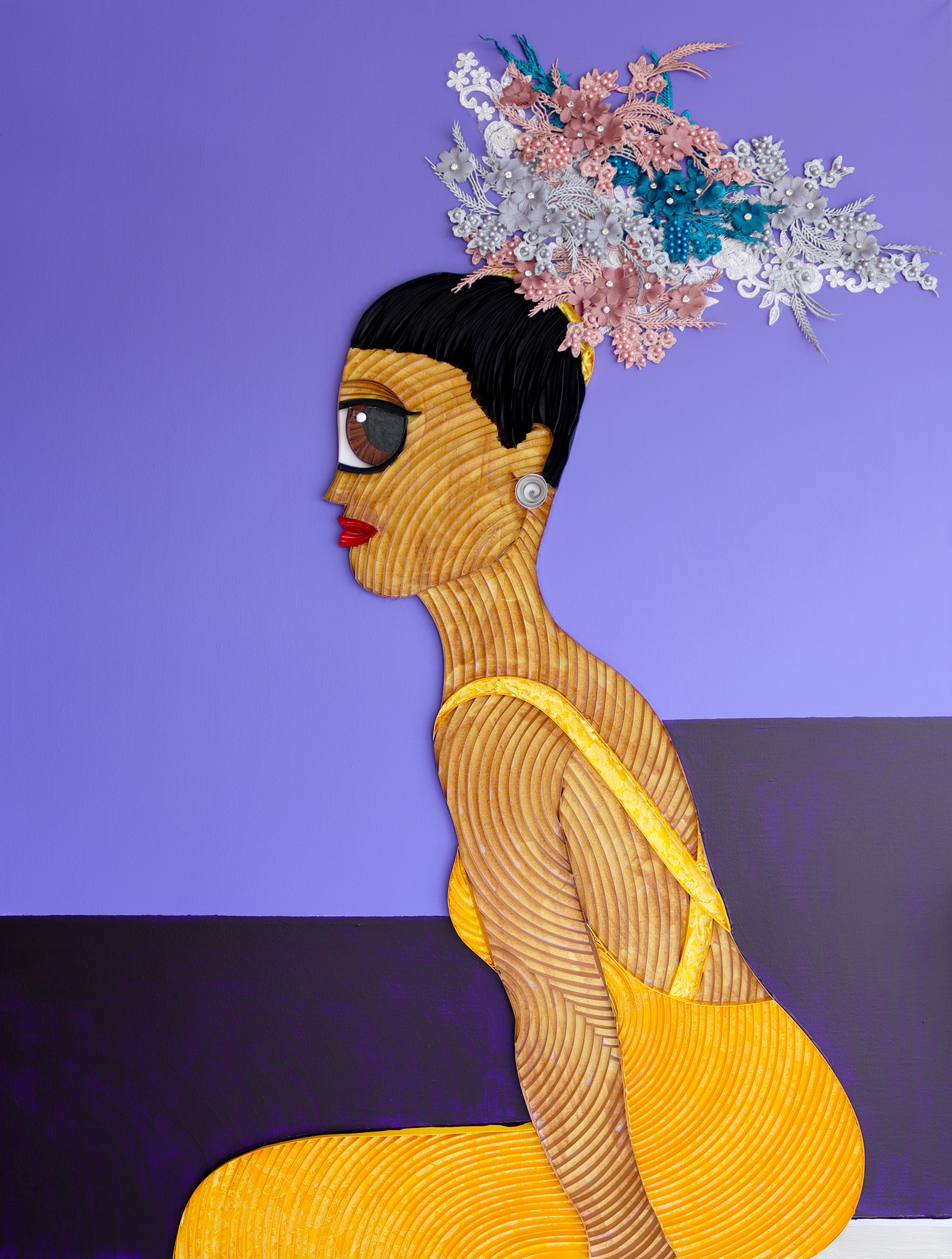 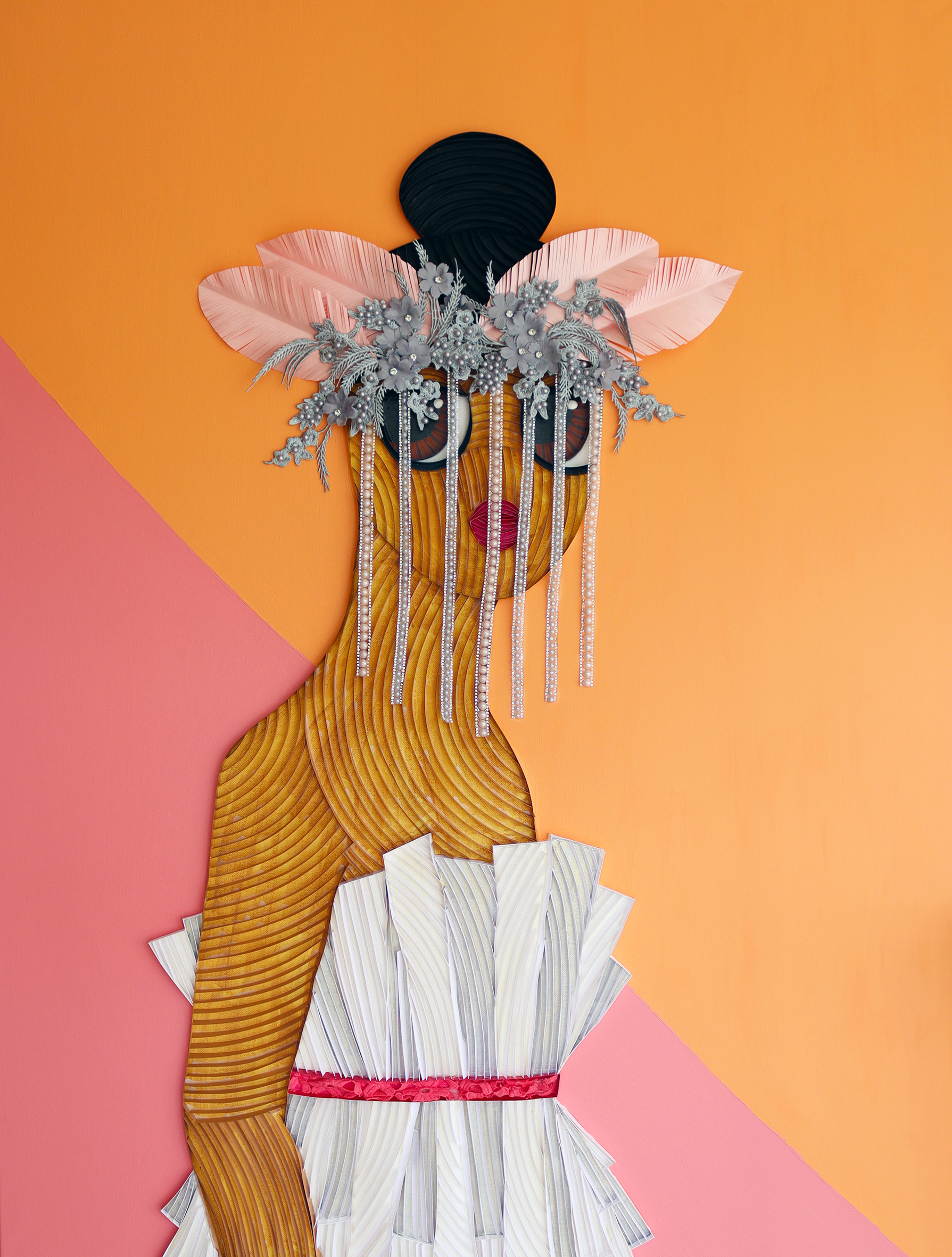 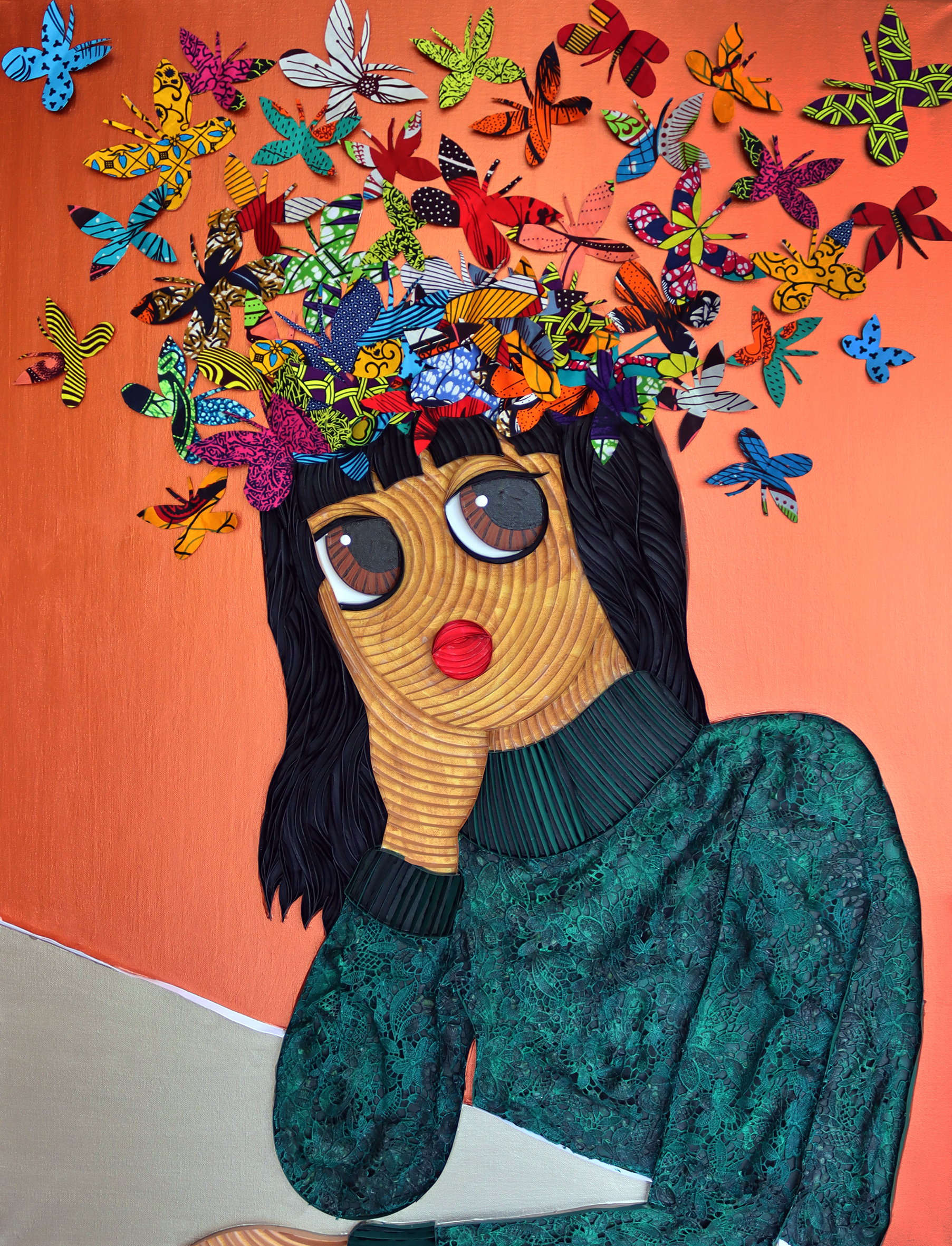 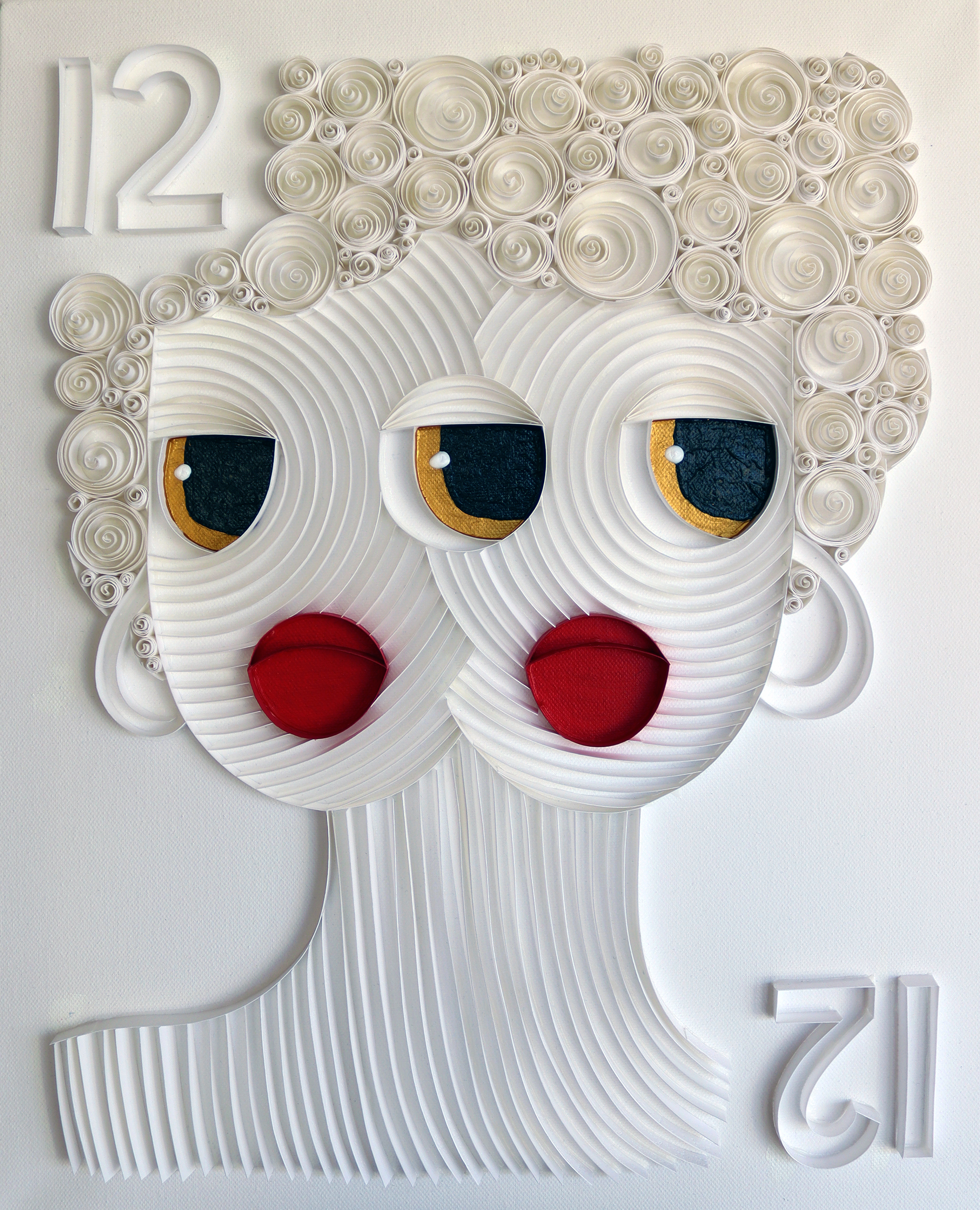 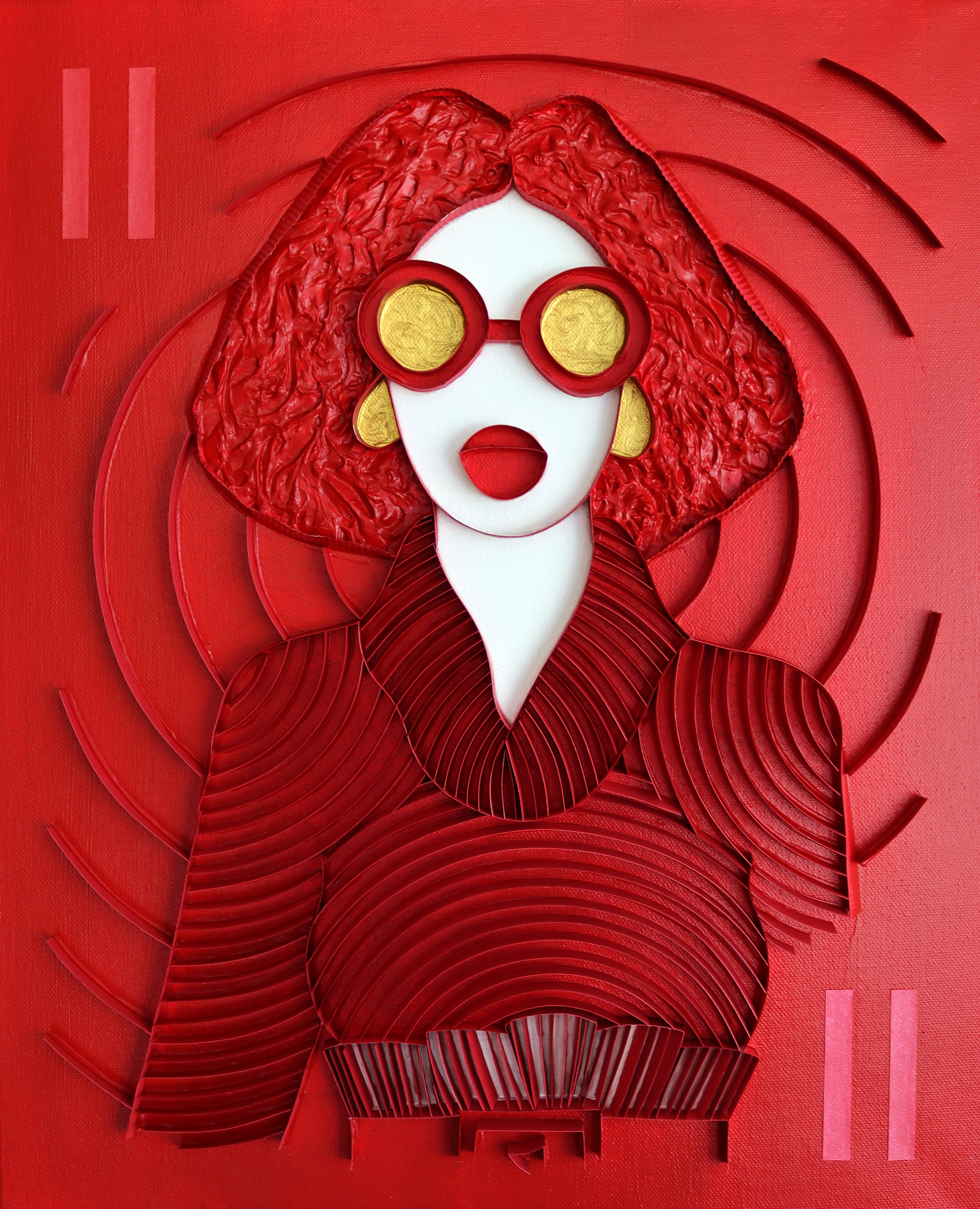 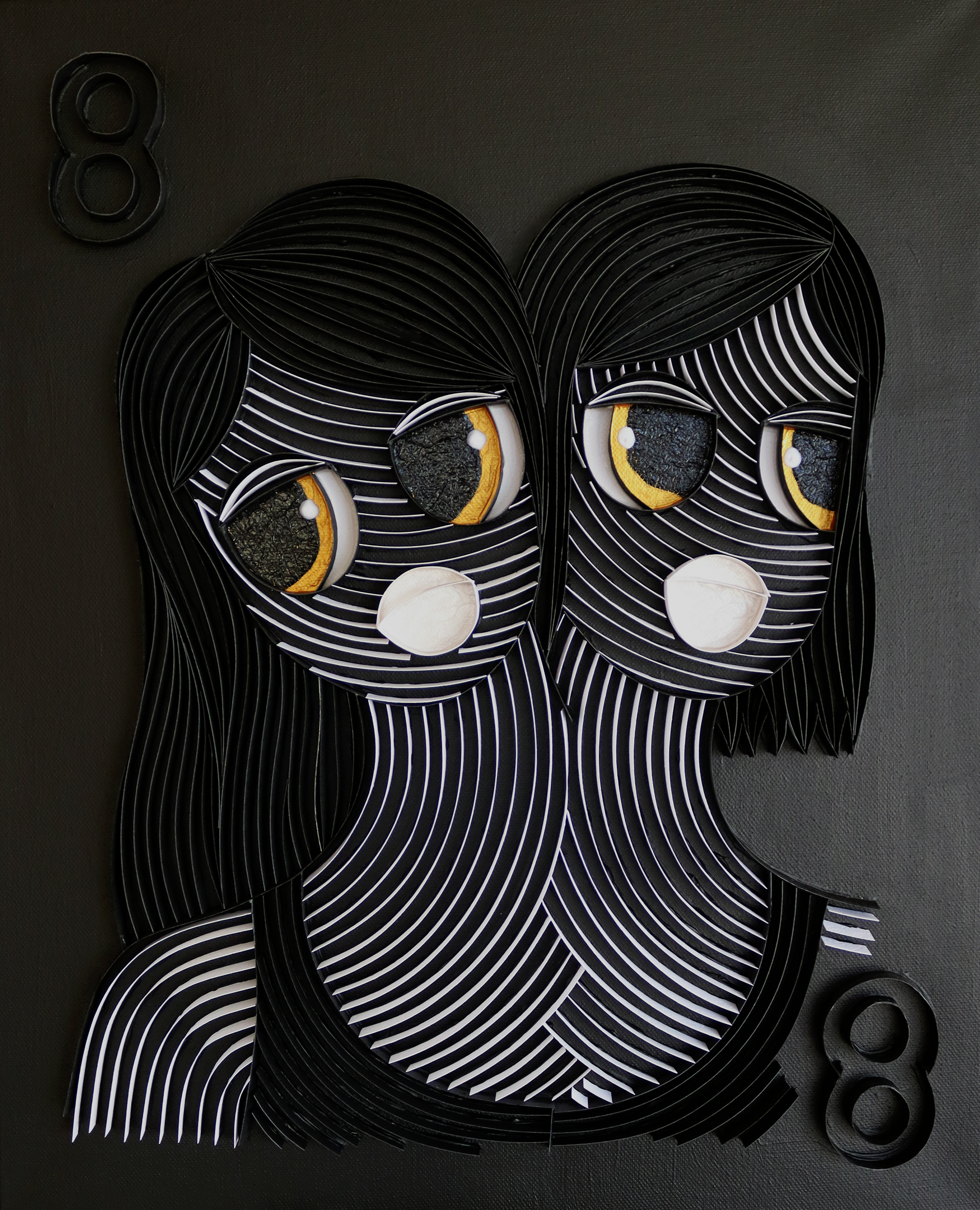