Interested in the idea of origins, artist Thebe Phetogo (b. 1993 Botswana) weaves between figurative and abstract landscape painting, in conversation with race and Setswana geography, mythology and knowledge systems.

Containing multiple references beyond just the sacred mountainous caves that are at the heart of his work, Phetogo points towards an indigenous art history. “Each of us ‘makes’ the world. In other words, it is our positionality that allows us to imagine each of our own immediate worlds. In my work I endeavour to make visible the specific ‘world-version’ I carry.”

“The works in this selection are from my blackbody and Lowe series. The title of the blackbody work is adopted from the eponymous concept in physics, where a blackbody is “an idealized, hypothetical perfect physical body and absorber and radiator of all electromagnetic energy, with no reflecting power”. The idea of a different origin story and definition for a black body is of interest to me in relation to figurative painting. The namesake concept exists on a spectrum and, in my own adaptation, I take advantage of this malleability and try to visualize this spectrum.

“The Lowe paintings were initially conceived as a stage on which to set the figurative elements in my work. This developed into a sustained interest in landscape painting of a sort. In various Setswana mythologies, Lowe is the both the name of a mountainous cave from which the first humans are said to have emerged, and the deity associated with the cave. Thinking through this site of origins as a psychic entryway opened the door for other systems of knowledge and reference points to come into the work in a non-hierarchical fashion. I combine incongruent visual elements from beyond the field of painting: “oracle-like” image systems of mapping, and data graphs without a key, are reduced to pure form and colour to build up a picture. This offers distance and opens up possibilities to think about the idea of landscape for myself.”

Based in Gaborone, Botswana, Phetogo holds an MFA from Michaelis School of Art, University of Cape Town. Represented by Guns & Rain, he has already exhibited widely, including in Cape Town, Johannesburg, Lagos and New York. His first US solo was held in late 2021 at Von Ammon, Washington DC. Phetogo was a finalist in the pan-African Emerging Painting Invitational (2020) and is a member of The Botswana Pavilion. 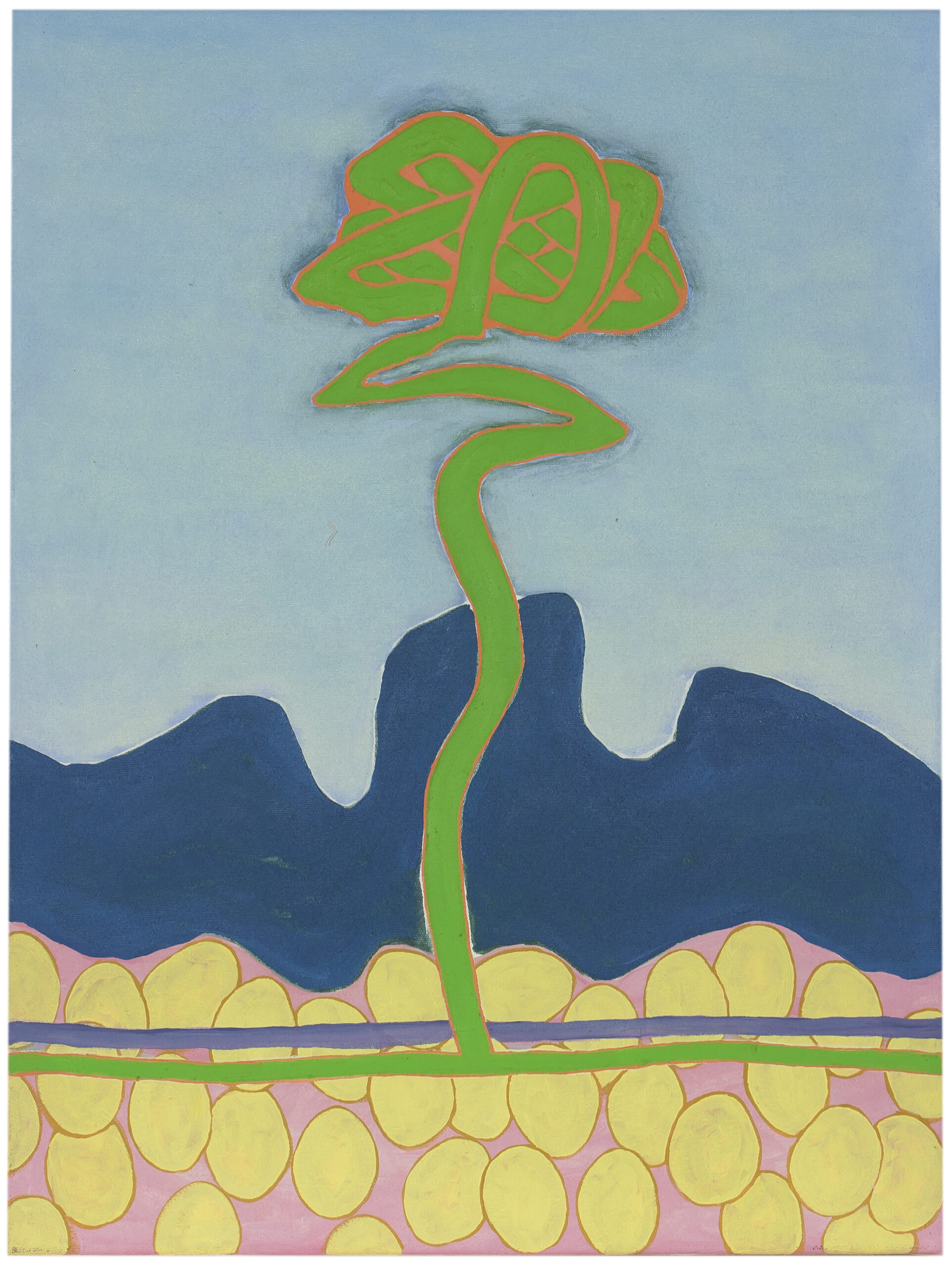 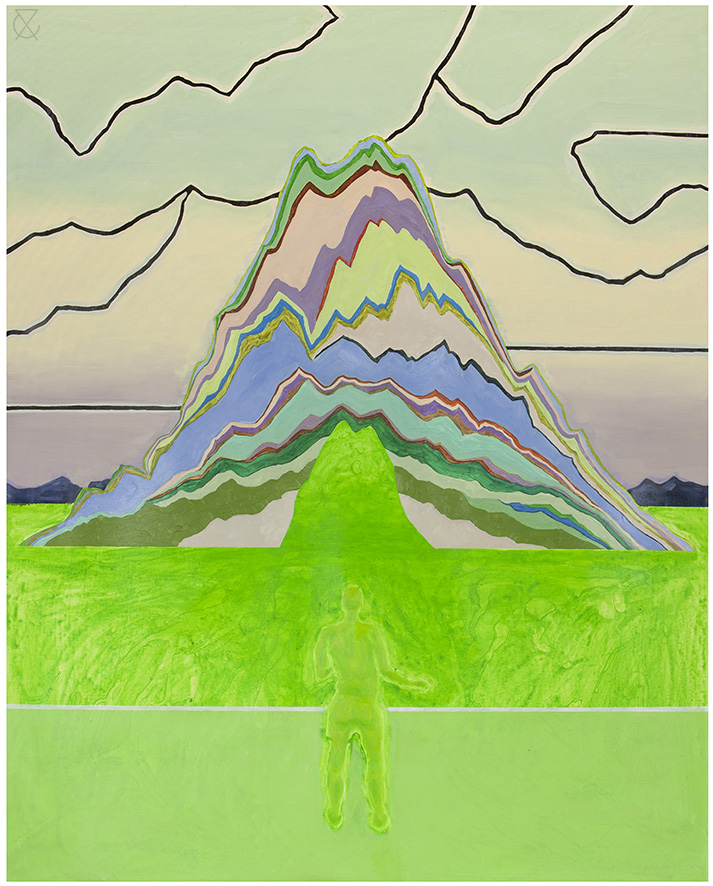 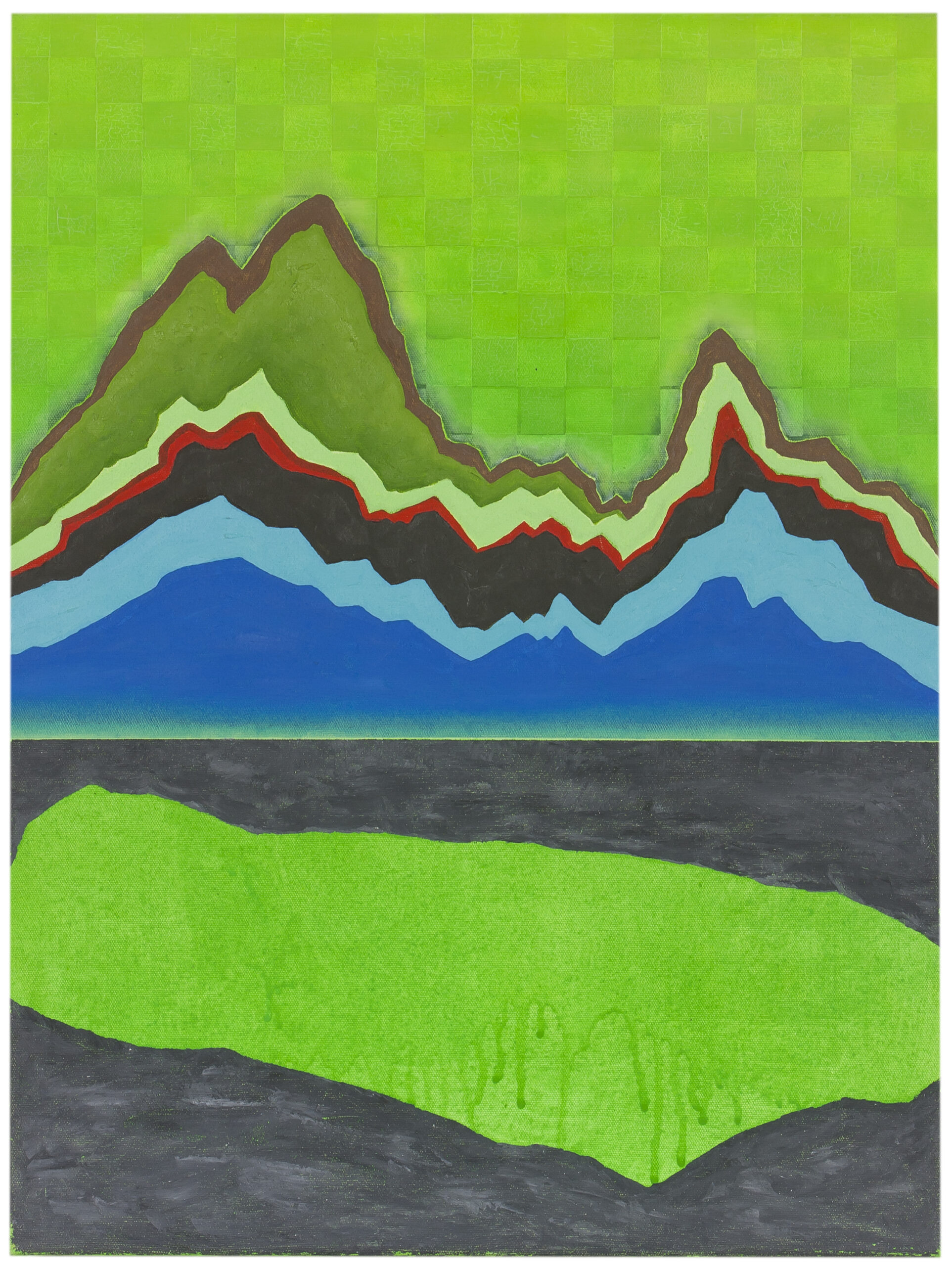 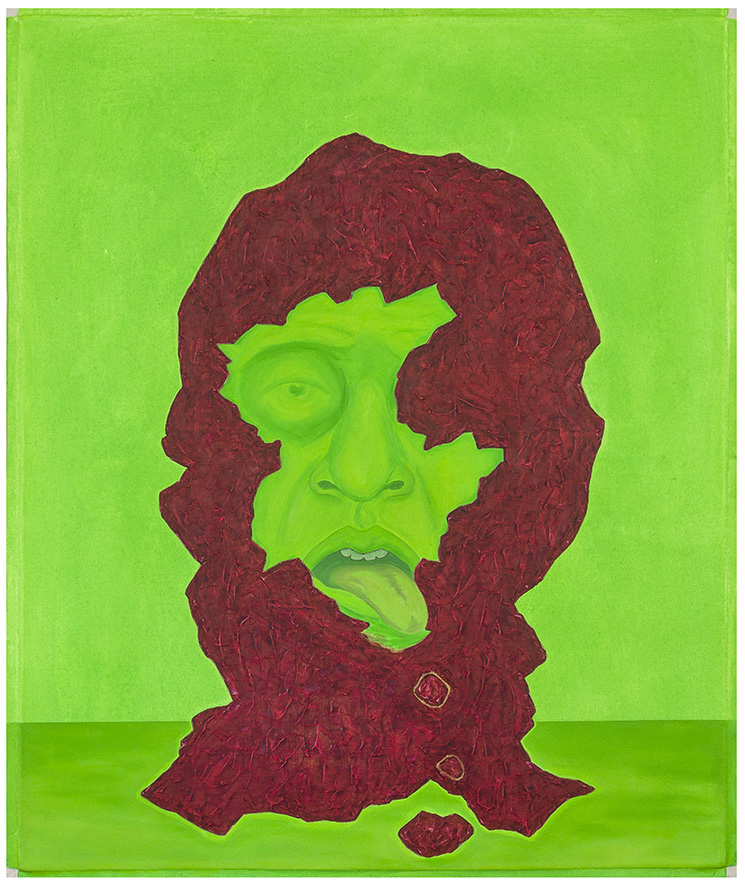 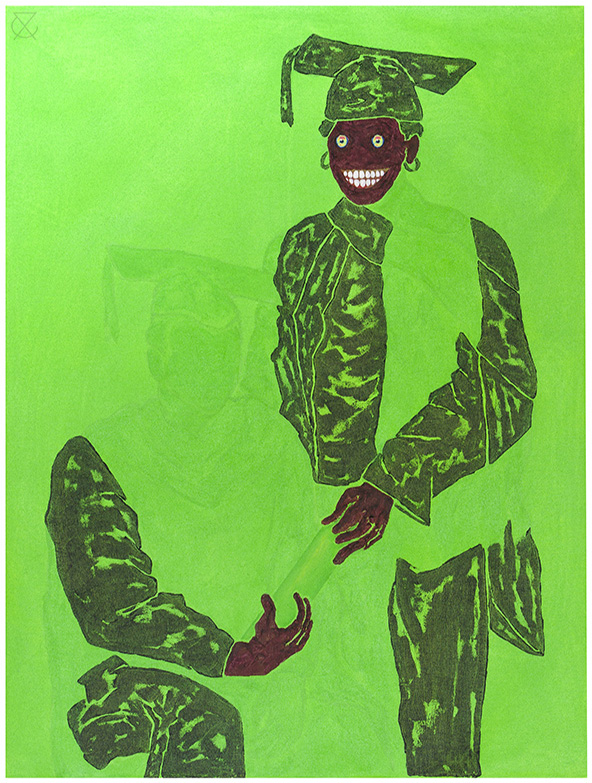 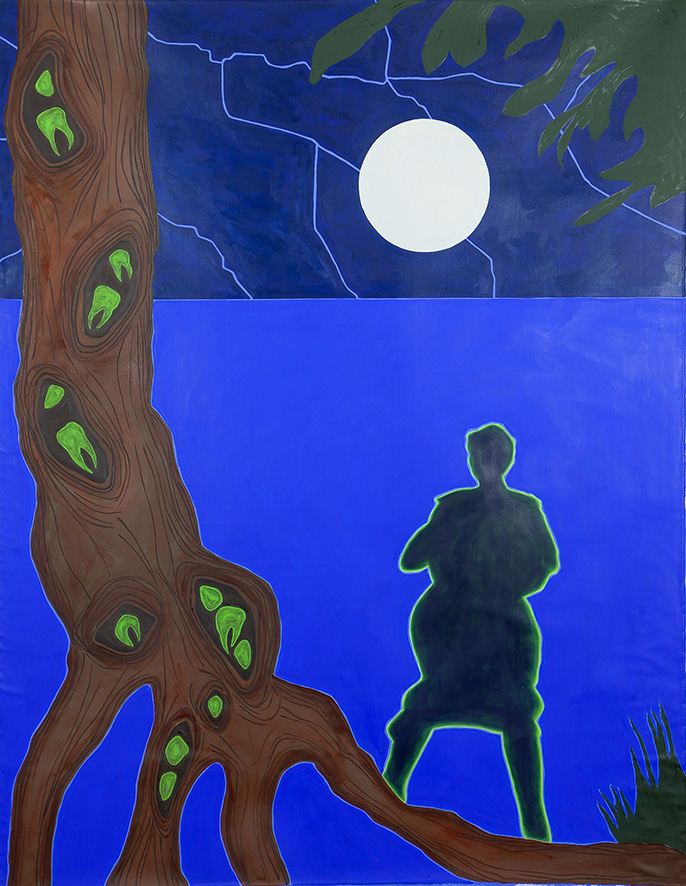 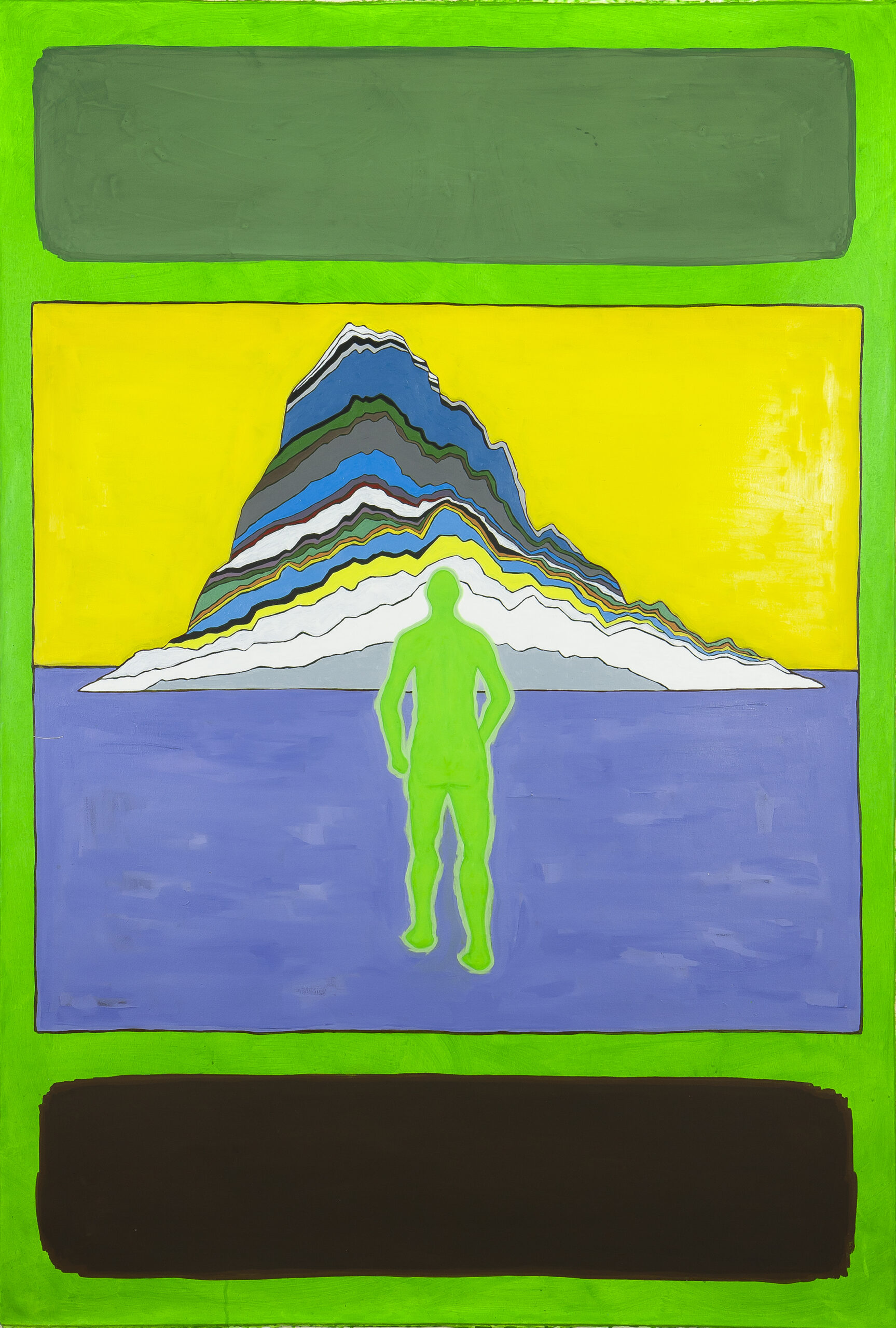 Self-portrait as a Composite

Lowe and the Grand Moderne