Tawanda Takura (b. 1989, Zimbabwe), who trained as a shoemaker, takes apart and expertly re-assembles old shoes which carry the traces and biographies of their owners.

Sometimes combined with other found objects and texts, these new figurations carry the subtle but persistent smell of rubber and leather. Hollow, hybrid, tortured and distorted, sometimes carnivalesque, Takura’s work comments on socio-political injustice, and often takes clear aim at what he sees as the extractive and hypocritical practices of charismatic churches.

View Tawanda’s work from the two-man exhibition “(Re)constructing The Shadow”.

The artist describes how, “at times, in earlier years, I was considered a madman, going around collecting old shoes…people would see a heap of shoes in my house”. He goes on to describe how his work has opened up conversations and dialogue with neighbours and others in his community: “People really want to say things but they don’t know how to say it. I get to speak through my work and address the things that they are facing and going through [in daily life].”

A laughing mermaid-devil with a scaly body of many tongues, a head of molten plastic, high-heels for a horned crown and swimming flipper for her tail. A macabre decapitated spirit-head talks to his body: split football boots trace the firmness of the human spine and back; shoulders rise up from the undersides of well-worn ballet slippers. Mai Mfundisi, the ‘lady pastor’, flourishes under her lurid fascinator, her face adorned with condom packets.

A shocking pair of screaming yet mute heads seem to comment on economic desperation and the erosion of basic dignities. Look closely: one of the mouths bears the New Testament’s Book of Timothy, with some of the minuscule verses underlined: “For the love of money is a root of all kinds of evil for which some have strayed from the faith in their greediness and pierced themselves through with many sorrows.” The lips of its nearby anguished twin are smeared with the defunct Zimbabwe dollar, millions of them – a reference to 15 years of economic turmoil and increasing deprivation. Elsewhere, no irony is lost with the same dollars being used to line the anus of a feline creature that mutates into an assaulted, cowering human torso, its head mummified with bank notes. Around its neck: the priest’s collar. 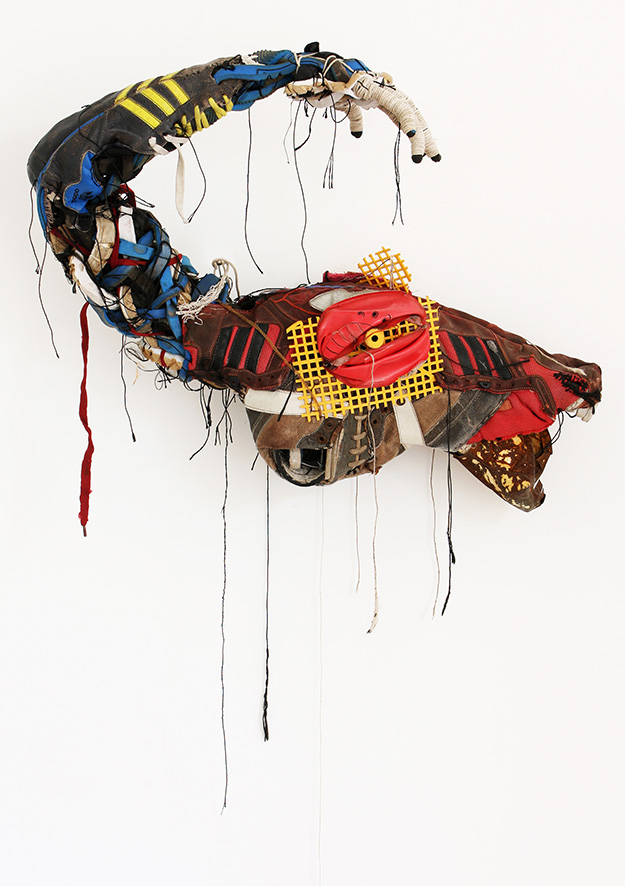 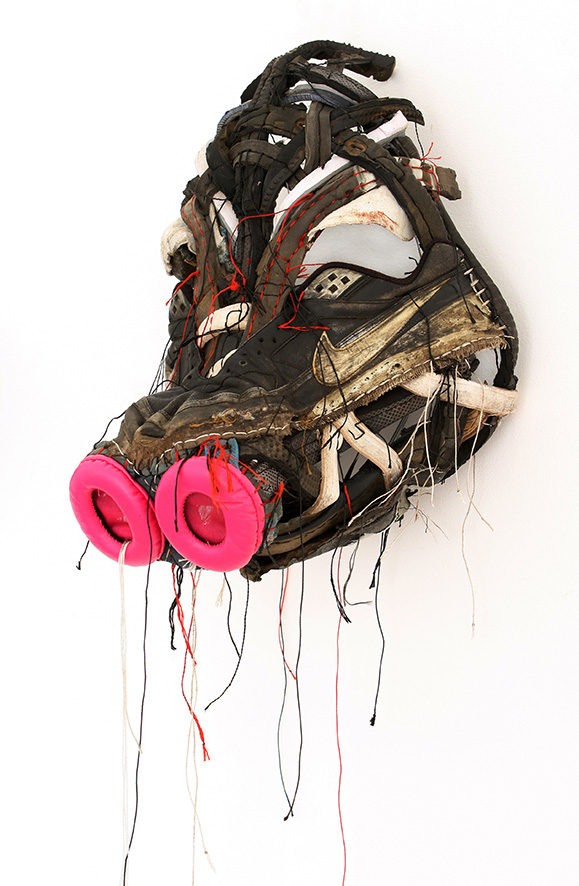 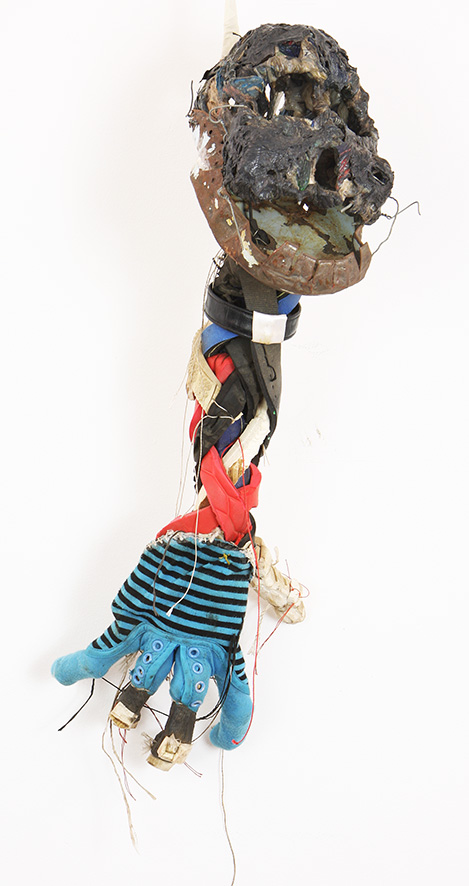 Hymn for The Unjust