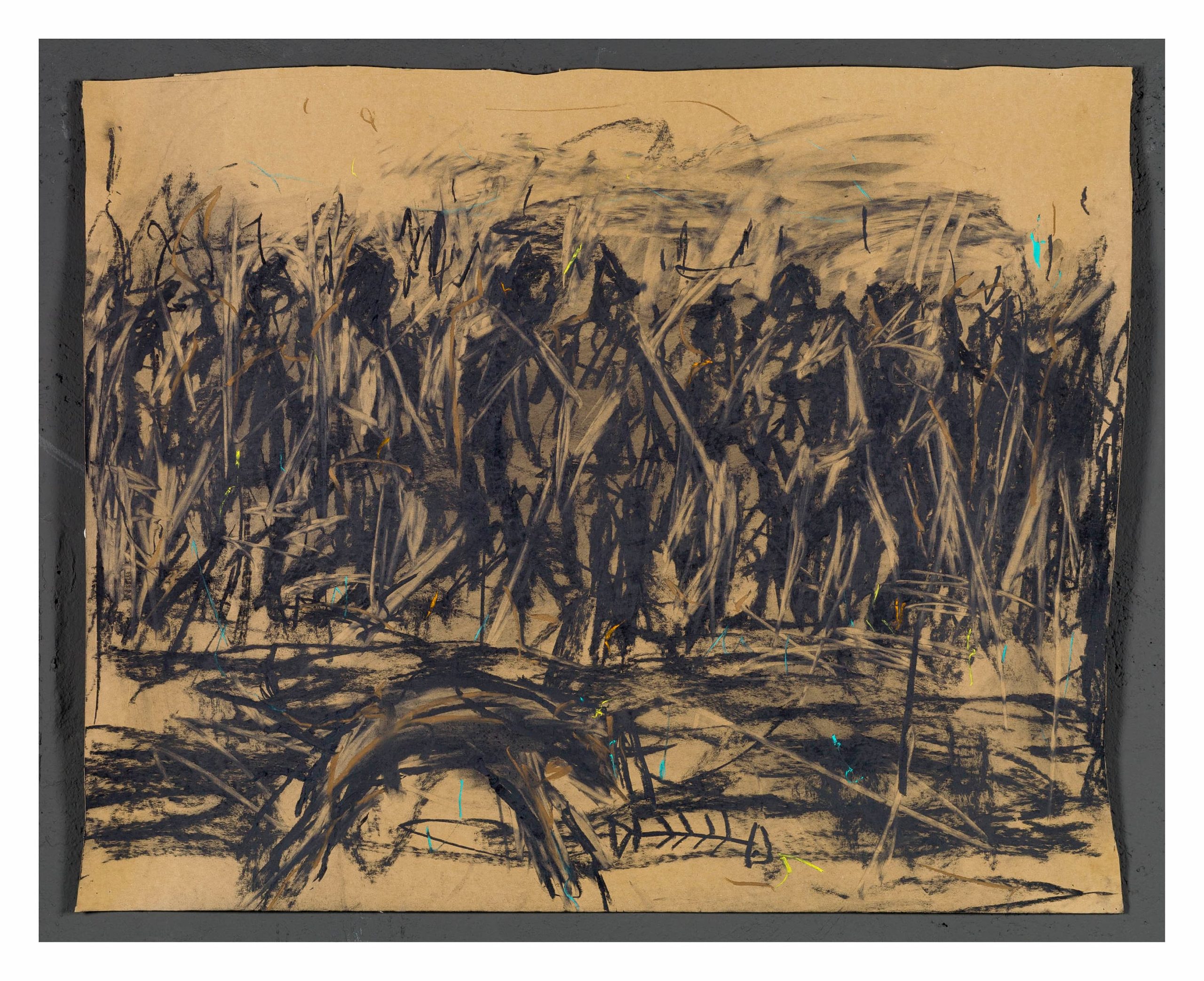 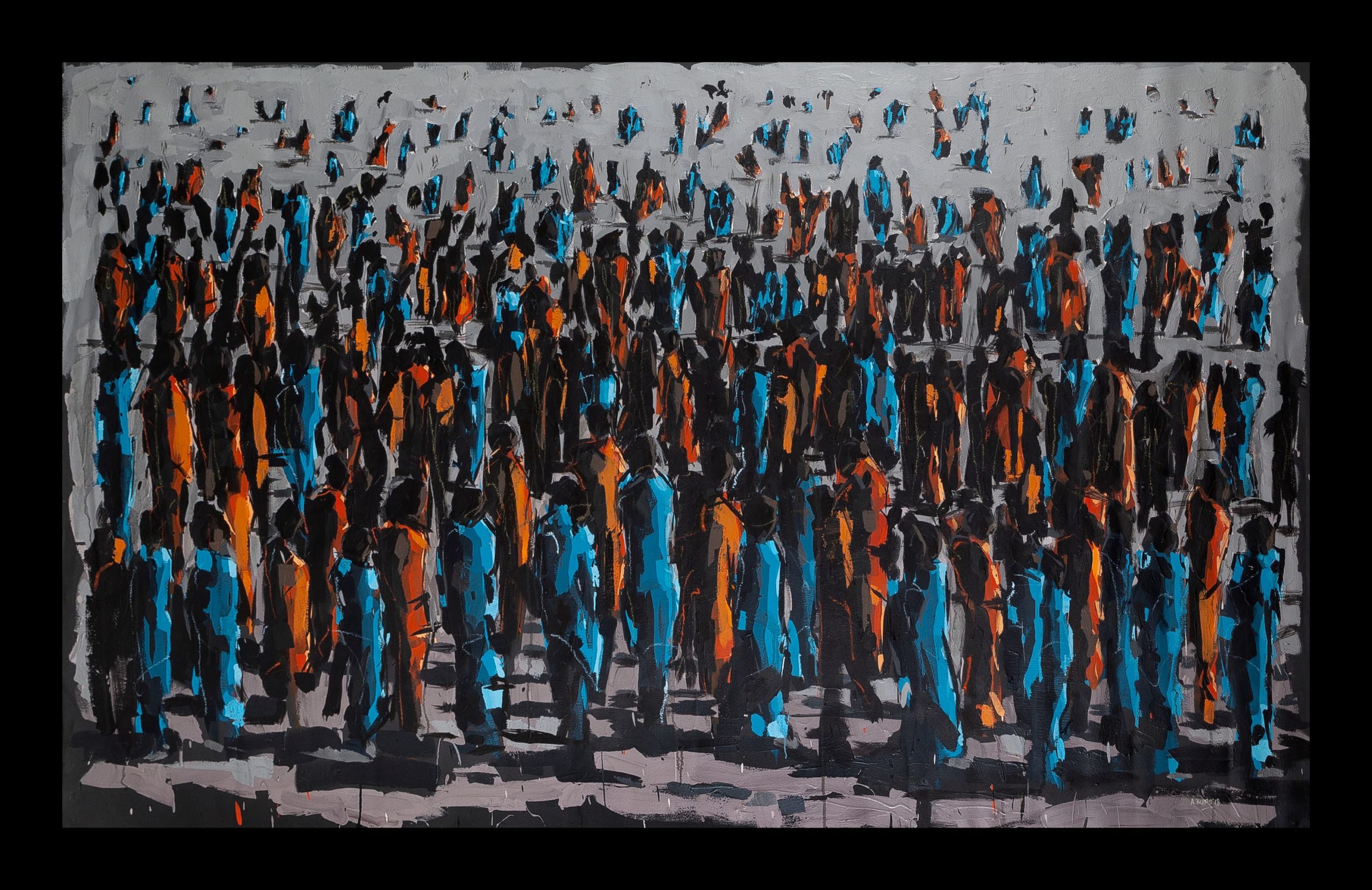 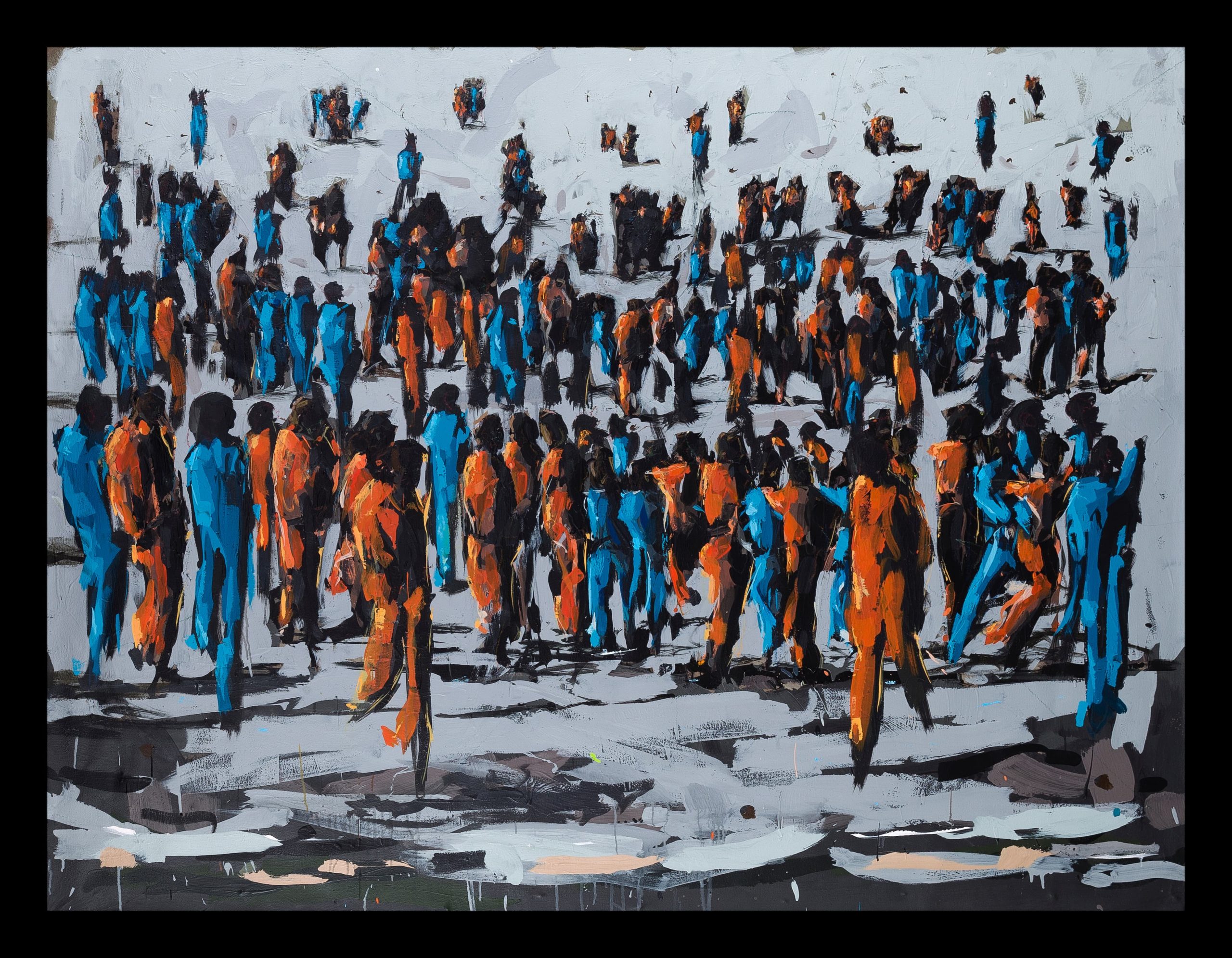 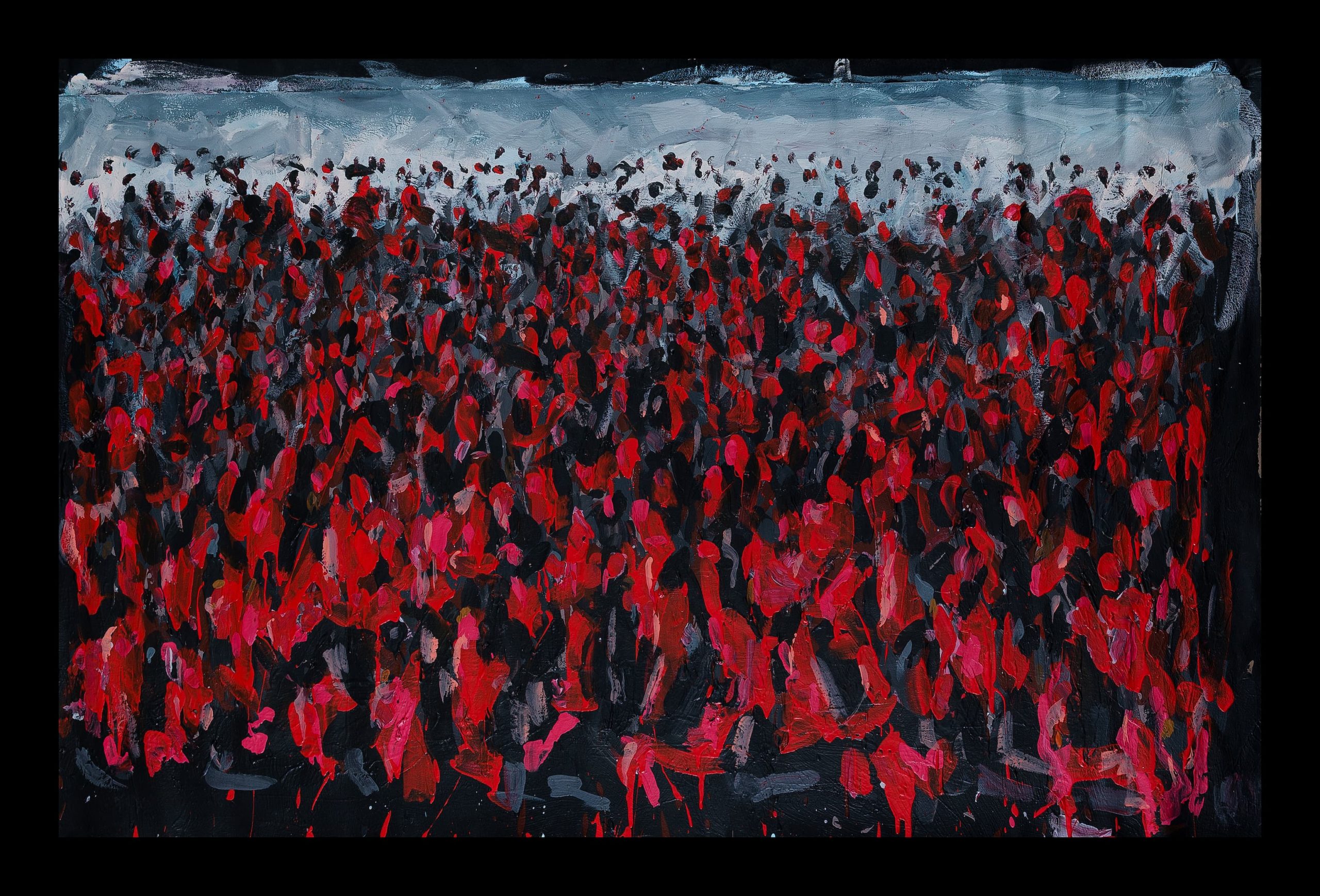 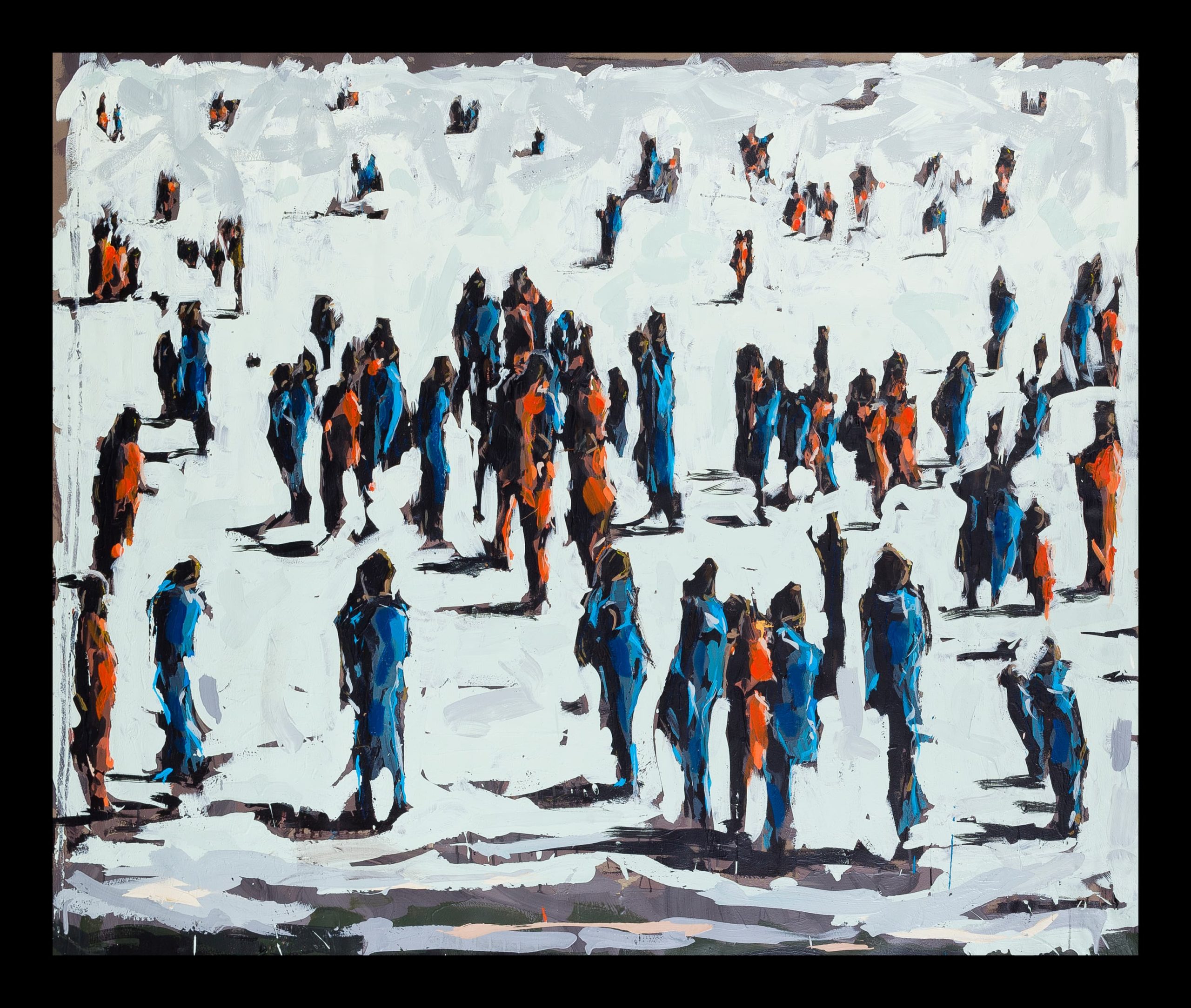 Like the birds on our heads, we are scared 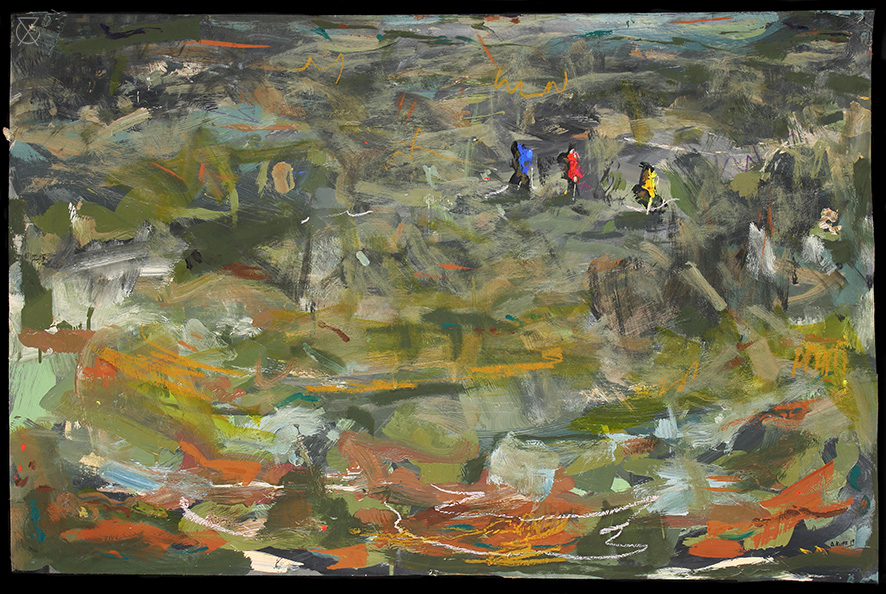 Asanda Kupa’s (b.1981) work is grounded by the experiences of those forced to the periphery of ‘The New South Africa’; despite its great re-birth. Born in Molteno – a semi-rural village in South Africa’s poorest province, the Eastern Cape – Kupa’s scenes depict the chaos and energy of life for many of South Africa’s subjugated black population, a life that is defined by struggle and by lack of access to basic resources.

Kupa is concerned with how the new political regime has failed its people – the very people who brought it to power through their own sacrifice – whilst also celebrating the self-determining spirit that marks a long history of civic action. Protest, spurred by grass-roots community frustration, is a central theme of his work. His series of striking crowd scenes, inspired by the Marikana mine-worker massacre of 2012, shows militant action not only as an expression of fury, but also a place of refuge and hope in post-apartheid South Africa.

Raw, incisive and urgent, Kupa’s work captures an important period in South Africa’s political history, as he reflects on the breadth and depth of economies of hope, hopelessness and popular protest.

Kupa lives in Johannesburg, works at the Bag Factory, and frequently returns to his childhood home. He holds an NDip in Fine Art from Walter Sisulu University and a BTech degree from Tshwane University of Technology. Between 2009 and 2011, he resurrected the Molteno Museum. He was the recipient of both the Ann Bryant Young Artist of the Year award (2010), and the Reinhold Cassirer Award (2013). His work sits in a number of important South African collections, including The Southern African Foundation For Contemporary Art and Nando’s.